Severe dengue (also known as Dengue Haemorrhagic Fever) was first recognized in 1950s during dengue epidemics in Philipines and Thailand.

Types Of Virus That Causes Dengue

Recovery from any one infection will produce lifelong immunity against serotype.

24 to 48 hour are critical time and it needs proper medical care to avoid from death.

The Aedes Ageypti mosquito primary source of dengue.The virus is transmitted to humans by the bites of infected female mosquito.After incubation of virus from 4 to 10 days mosquito is capable of transmitting the virus.Infected humans are the main carrier of virus.This virus may spread into other mosquito which were not having virus before.This mosquito attacks in day time.Peak biting period is early in morning and in evening before dusk.

In 2015 and early 2016, the first dengue vaccine was made by sanofi named Dengvaxia (CYD-TDV) and was used in several countries for use individuals with age 9 to 45 years in endemic areas.

Up till now the main method to control the dengue virus is combat vector mosquito. 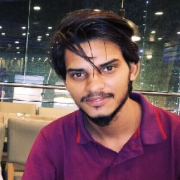 Bad Impacts Of Smoking On Health

Side Affects of insufficient sleep

Side Effects Of Eating Junk Foods.